Before we head to the LA RE Congress on Thursday, we visited Homeboys Industries in Downtown LA.

Homeboy Industries is an apostolate designed to allow former gang members and incarcerated men and women to have a fresh start. Each year, they support over 10,000 men and women with legal assistance, employment in their bakery and cafe, study opportunities and even tattoo removal!

Reoffending rates in this region is incredibly high and the gang culture has captured many young men and women, drawing them into a cycle of recidivism. As our 24 year old tour guide Jason explained “Before Homeboy, I was either heading to gaol for life or going to die in the street”.

Jason talked to us of his experiences as a 12 year old, dragged into the gang culture at 12 when his mother passed away, followed buy his grandmother a month later. He explained how he sold drugs and guns, robbed people regularly and was shot at almost daily.

For Jason, in 2015 marked the year of his transformation. He watched his best friend die from a gunshot wound on the street across from his house. Shortly after, his brother was the innocent victim in a gangland fight.

Fr Greg Boyle, a Jesuit priest and founder of Homeboy Industries attended Jason’s brother’s funeral and suggested that Jason come in and see him. It took time for Jason to be ready to take this step but when he did he found a new family and new role models. Jason is now attending college and is looking for employment beyond Homeboy Industries. He has even had the opportunity to study at Oxford in the UK. 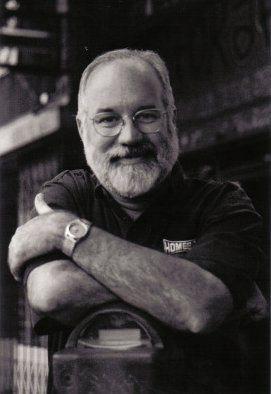 This visit really provided an opportunity for me to reflect on the how lucky we are to live in a relatively safe part of the world, unaffected by the challenges these young men and women face to survive on the streets of LA. It made me think of those marginalised members of our own community, particularly single mothers who are struggling, and what we can do to provide them with love, dignity, family and opportunities to grow.